I cant let you do that, Dave

I see the union of man and machine. We are already there. They know our language, and each of our memories better than we do.

a short story (to be continued)

Ladies and gentlemen please put your seat in the full upright position and prepare for landing.

We basked in silence for a while, looking out that egg-shaped window at the approaching metropolis, Paris. Of course that skank would get married in Paris. So snobby. So fashionable. So painfully classic. I wanted to release tanker valves of pesticides on all the flowers of her soul. I wanted make her start fresh with less than I ever had.
I must not only punish, but punish with impunity.

“Landing is the most frightening part, ever since I was a child.”
“So you prefer taking off?”
“No I wouldn’t say that, they both suck. But something about the landing make me feel as if I’m crashing back to earth”
“I’m still not sure I believe anything you said. Most people aren’t so forward. Or vindictive.”
“I’m sorry. I just have a bad habit of telling strangers my deepest secrets. I suppose its just because I don’t care who they tell. Also I just think its fun to meet someone on only the most uncomfortable circumstances. It’s the fastest way to get to know them.”
“I’ll remember that. Say, in all seriousness, could I get a drop of that stuff? I kinda feel like starting this vacation with a wave of insanity.”
“Certainly. My pleasure. Just don’t hold this against me. My name is Suki by the way. Suki Ottunoka.
And like the druggie I knew he was within the first few moments of sitting next to me, he took a tongue-full of my magic eyedrops. In the next few hours he would come to realize that all matter is merely energy condensed to a slow-moving vibration. Life is only a dream, there is no such thing as death, and we are the imagination of ourselves.
But that’s a different story.
I got off the plane, in a slow, static moment of waiting, waved my psychedelic friend goodbye, and entered the labyrinth of maddening French thought.
A limo was waiting for me.
Of course she would have a limo pick me up. How painfully classic.
My driver was bald as the sun is bright.
“Do you want some complimentary wine?” he says with that deplorably enticing French accent.
“Do I want to breath air?!”
“I hope so madam, I hope so.”
My belly filled with sweet purple poison and we carved through the seemingly endless giftcard of a city that is this fine French capital. I fiddle with my earrings. They never fit right. My body rejects them. My sister and I got them at the same time. Hers were fine. Mine swelled. And filled with puss. Slept on wrong and cleaned the wrong way my body wanted nothing to do with them. But I grit through, didn’t let my body get the best of my dear ol’ mind.
I close the sunroof and light a cig.
I grow weary of the sun, all seeing, all knowing, scorching itself away.
Like my lungs.
I can feel the weight of every single one I’ve ever smoked. Like a mark of tar to express my endless ambivalence. The driver may take offence, but I can just play it off as the old “privileged American” act and throw a few pieces of green paper at him.
Cafes, cobblestone, arches, and more cafes. Most of it blurs.
I erase away the things I find grey, for it is only extremes with me. Only the purest joy or deepest pain. Only the brightest day or most vigorous rain.
The wedding is one day away. Hours from resolution. The complimentary wine reminds me of an important step in my plan.
I roll the down separation window, flooding his compartment with thin wispy smoke and tell the driver to take me somewhere I can buy the finest wine in all of Paris, with a sneer he says le French make the most enchanting wine in all the world and he knows the just the place. He stops smiling when I tell him I vastly prefer Italian and roll up the tinted glass.
We arrive at a place called the “Royal Vinyard”. Must have been where Marie Antoinette went. He parks nearby and I walk in alone.
The place feels like a finely decorated tomb, with dusty red velvet couches and grand crystal chandeliers.
I walk up to what I assume to be a well-dressed employee and say nothing but, “amontillado”. It simply must be amontillado. He smiles and points to one of the many shelves one would find in a wine cellar. I get two $500 bottles. Both are 1982, the year we were born. One for tonight, the other for her.
Once back in the limo I resume the picturesque drive.
Time disintegrates like ash from the cigarettes.
We arrive at the hotel. I tip him decently, no hard feelings.
Slimy French bastard.
Someone with a bowtie retrieves my scarce luggage. I’m not staying long. Before I check in I am beckoned by the bartender strait ahead, beneath the aging ivory arches adorned with cherubs and behind the fountainhead that seemed to be spiting golden rain like blood from a thousand burst veins at once. But I refrain. For there are things to be done. Scores to be settled. And I’ve been drinking all day.
Posted by Red Volk at 3/20/2012 05:23:00 PM No comments:

Here is some pictures, stare deep and they may stare back 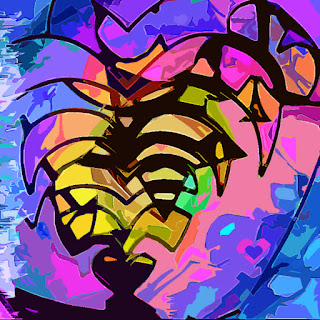 On the topic of yogurtification

As one could tell, it seems utterly fruitless to create a blog on the basis of the desire to uncreate blogs. And to that, I would only say that one must use the system to destroy the system. One cannot redefine language without language.
So this is me trying to criticize the system from within the system. Decay it like a virus. And also to reflect the quintessence of blogs, in that I intend to to entertain people, and try to give them a sense of instant gratification, while never truly quenching their terminal thirst for entertainment, and ultimately never saying anything at all.
Posted by Red Volk at 3/02/2012 12:19:00 AM No comments:

I break complex things into simple colors.
red
blue
green
All pieces of me. 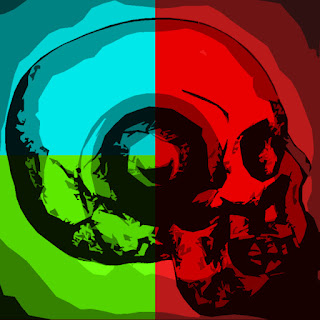 Beneath the smog rainbow
I calculate my fate.
I found a neat little patch of grass
to freeze and let time pass.
There’s no darkness here,
but there will be soon.
For the sun is setting
on the peak to my back,
and the glass is settling
on the moon strait ahead.
I look for a star,
to make a wish, but the only one
I see is on an unlit ruby-neon sign
above a hotel.

Meet me here, my dear.
In any form you want.
Be it the rain or trees or shadow approaching.
Just not the smog rainbow.
For though it is vast and beautiful, like you
it fades away all to quickly.
-Purgatorio-
The cinders,
in Her eyes,
lobotomize.
And the dark little ring
that holds it all in,
if you choose to listen,
you can hear it sing.
She steps forward from hell.
My heart is in my mind
and my mind is in my chest
contemplating
the void.
I call them my veins,
as they throb
cold lightning
to the tips of my toes.
Her tears are liquid
nightmare.
She pulls out a sharpened rose
from velvet a sheath.
As my gut,
strong as can be,
becomes a raging blender
full of pearl teeth.
She decides to whisper,
just a word.
It wriggles up my spine
like a frosty finger,
before finding my ear.

Bitter Sea,
that’s Her name.
And it fits
like horns on the Beast.
She said I need to bleed
to know what’s truly inside,
but I couldn’t face the cherry stampede
so I took a sleeping pill instead.
Swimming in pillows
through my silken Styx bed,
I saw her,
like ash in steam,
drip away,
pepper green.
And after that
it would seem
that everyday,
I’m just waking
within a new dream.
Reality is written
with the words in my mind.
So perhaps there’s a way
to become lucid in the light of day.
Pinch me,
because Truth is undefined.
Lynch me,
and I’ll turn the rope into a snake.
Fear is perception’s favorite door.

She speaks to me sometimes
in my own voice.

You
can kill the pain,
if you merely destroy its receptors.
You
can return
to that stillborn tomb,
warm as a womb,
where wine flows like hellfire.
With me.
Perchance to see heaven at last.
And you,
just like ash in a dream,
can drip away,
tattered green.

Déjà vu as you die, clearly true, that’s a lie.
She looked at me, as she sang a song that spiraled into nothing.
When February floods arrive
I shall cry
ink from my pen,
and watch with a smile
as brilliant stars rain down like flurrying snow,
leaving Spring as a smolder.
I wont remember how
cold fades into fey
as roots whisper near
my bones bleed as clay
sculpted for veneer.

Cry, my love, but please, don’t shed a tear,
for once they fall from your perfect jade-eye
they harden to diamond, colored fear,
and fall not towards the unholy dirt
but up, unto itself:
the sky.
A tower, dry,
and nothing less,
than flowing thought
playing chess.
You’re lovely when you’re hopeless
that’s a lie.
Just know, that pain merely seems
clearly true. But
there isn’t eternity
as you die
only duality, frost, and
déjà vu.

I want to drink a glass full of Her tears
not because her sorrow pleases me
but because I cant imagine anything so pure
and sustaining.
But the diamonds would cut my throat.

If she told me she loved me
my soul would ascend to heaven
that very moment.
And it wouldn’t matter the darkness and pain my body felt
for my heart would forever be a piece of the infinite light. Everflowing.
But she wont.
So my soul is destined to be dragged down,
anchored to the bleakness
of my mind.
Becoming sad,
becoming hollow,
and inhospitable.

But I still see the moon. Glowing through the smoky clouds.
And my heart still reflects its love, into a million hues
Vast and timeless
No one will see.
And I still have the dream
where I hold her so close our golden skin becomes one
and our wings let us spiral out safely over the chaotic once blue ocean
of blood and bullet shells
into eternity
to build our own heaven, devoid of saints and gates
to build a new light.
Posted by Red Volk at 2/24/2012 10:03:00 PM No comments:

this is a blog.